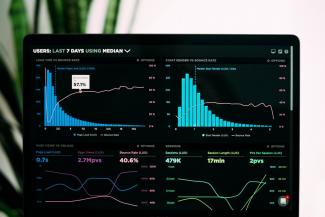 The Yield Curve has Inverted! Is it Time to Panic?

Those of us at Crosby Advisory Group, with our eyes on leading economic indicators, just spotted something that equity investors do not like to see: an inverted yield curve.

In the bond market, a “normal” yield curve would have investors receiving higher yield on longer duration bonds.   That would make sense wouldn’t it?  If you are going to tie up your money for 10 years you would expect to get paid more than someone who only purchased a 2-year bond.

As of a few days ago, that is no longer the case.  The spread between the U.S. 10-year note and 2-year note inverted, a signal that investors take as a recession indicator.

So is it time to Panic?

Panic is never the plan; at least not the plan we choose.  As Martha Stewart once said, “So the pie is not perfect.  Cut it into wedges, stay in control and don’t panic.”

What does baking a pie have to do with investing? The pie doesn’t have to look pretty to taste amazing.  Isn’t that really the reason for which we bake it? Let’s get a few things in perspective by looking at history and what a few experts are saying.

Erin Browne, managing director at PIMCO, sees greater chances of a rotation coming to markets in the short term rather than a more severe downturn.

“If you look at the data even prior to 1980, typically you see the equity market go up about 4% in the 12 months post the yield curve inversion. That said, what you do see under the surface is a rotation out of the cyclicals and into the more defensive stocks and remember yield curve inversion – first for it to be a sizeable signal, it needs to be inverted for about three months. After that three-month inversion, you typically see within one to two years on average the economy turn and go into a recession but it doesn’t necessarily mean that a recession is imminent.”

Crosby Advisory models added defensive sectors in January of 2019, specifically Healthcare and Utilities.  We felt that we may be in the late stages of the expansion.  We fully realize the economy may continue to hum along in relatively good shape for several years.  It was our view that adding a few defensive sectors would not dramatically hurt growth, and if the economy did start to crack we would be in better shape for it.

Another point to make is historically, the inverted yield curve occurred for more than several days.  Experts are not in agreement if the recent inversion is a true sign of a recession to come.

Oppenheimer’s head of technical analysis, Ari Wald, said the 10-year Treasury yield is now its most oversold in eight years. However, he sees this as a buy signal for stocks, rather than a signal to flee.

“The stock-bond relationship has changed through time but historically speaking going back to data from 1963 such oversold conditions in terms of interest rates has been followed by above-average returns looking at the S&P 500,” Wald said. “We do think that the depleted level of interest rates has made equity prices relatively attractive.”

Instead of panicking, wouldn’t it be better judgement to look for ways to capitalize?  First off, an inverted yield curve historically hasn’t signaled an immediate recession.  As stated before, if they occur, they typically occur within 1 to 2 years following the inversion.

Assuming a market downturn occurs, what assets might benefit?  Looking at the last recession gold did very well.  In recent months gold has come to life again out of its nearly decade long slumber. Investment grade bonds fared well, especially in a diversified account when you consider their interest helped purchase stocks at bargain prices.  Wouldn’t it make sense that we have such assets in our investment accounts?