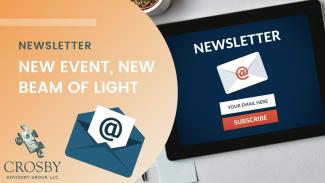 From where we stand

Every now and then an event will take place which causes us to pause and reconsider our original assumptions. The housing market crash of 2008 shed a massive beam of light on bank safety assumptions and the importance of deterring risky lending among banks. Covid shutdowns that occurred in 2020 shed new light on several issues, ranging from office commutes to personal emergency plans to the relationship we have with our governing bodies.

Since World War II, the S&P 500 (large cap stock index) has experienced 18 bear (down) markets or near bear markets. However, of those, eight did not lead to a recession. The reason? The Federal Reserve rode in on a white horse and stimulated the economy through loose monetary policy.

So why haven’t they done so yet in 2022? What makes this downturn different than those in the past is the combination of 40-year high inflation and record level debt. When we attempt to peer into the future, the first thing we must come to terms with is many outcomes are possible. What is possible should not be confused with what is probable. What we believed was the most probable cause to a bottom in the present downturn would be the Federal Reserve raising interest rates until the economy cries uncle, causing the Federal Reserve stop rate increases prematurely or reversing course. It was our opinion either of these two events would send stocks and bonds higher (slight foreshadow to correlated assets). Our shot in the dark time frame for this was as early as late summer to as late as the first quarter of 2023, depending on how much the economy could shoulder. I still believe that is the most probable reason for a bottom in the present downcycle, but we got some new information this week that may have thrown a wrench into our timetable. My wife refers to it as a “bear trap.” When you have to get going but somebody starts talking to you and every time you attempt to make an exit, they extend the conversation. Inflation has the Federal Reserve in a bit of a bear trap.

Last week’s inflation numbers came out, as measured by the Consumer Price Index, and while we were expecting to see a slight decrease, what we got was an increase to 8.6%. The main culprit for the rise in inflation, as measured by the CPI, was the increased cost of energy, which you probably have noticed at the fuel station. Inflation stinks, but why this really matters is last month the Federal Reserve stated that reducing the inflation rate was their number one priority and they are presently losing that battle, a battle they are fighting with one arm tied behind their backs because they are limited to how far and how fast they can raise interest rates. Remember, raising interest rates also increases the interest that must be paid on our own government debt which currently weighs in at 30.5 trillion dollars. The chances of the Federal Reserve riding in on the white horse to offer relief as early as this summer seems to me an unlikely scenario if inflation is still climbing. Where do we find shelter in the meantime?  Our risk-based models have significant positions in commodities (things getting more expensive), agriculture ETFs that own wheat, corn, soybeans and cattle, energy ETFs and we also own inverse ETFs on the S&P 500 and NASDAQ 100, which are designed to increase in value when those two market indexes go down. We feel it is more profitable to understand where we are in the market cycle and act accordingly, than it is to fight the market cycle.

What's in your retirement plan

Which leads me to another beam of light that is presently being focused on target date funds. Bank of America recently did a retirement study that concluded 42% of Americans save for retirement in their company sponsored retirement plans using a target date fund. Target date funds have been sold as a set and forget option for passive investing in that they reallocate on their own to gradually become more conservative over time as the investor ages. The idea is that the target date fund always provides an investment mix that is appropriate for the age of the investor. Vanguard, we have a problem.

What Bank of America’s study found was that target date funds trailed the return of the S&P 500 by an average of 2.4%. This newsletter goes out to many savvy investors who are at this moment shouting, “Nate, that’s because the S&P 500 is 100% stocks and target date funds have at least some bond exposure which historically are lower returning assets.” I tip my hat to you because that’s exactly what I shouted when I read the Bank of America study, but then I read further. Target date funds trailed the return of the S&P 500 but had essentially the same level of negative volatility in down markets, and here is where our beam of light comes in. Historically bonds were a decent hedge against stock loss because they were not positively correlated. However, in recent years we have watched bonds and stocks become highly correlated. All one needs to do is look at the U.S. stock market and the Barclays Aggregate Bond Index during our present downturn: both are participating in the downturn. Target date funds spread their mix largely across U.S. and foreign stocks and gradually add in fixed income (mostly bond) exposure as the investor ages.

We have stated in prior newsletters it is our belief that economies are too complex to diversify with two asset classes. We believe the modern portfolio owns at least 5 different asset classes. Commonly you will see our risk-based portfolios own stocks, bonds, real estate, commodities, precious metals, cash equivalents, and alternative investments.

Let me be very clear in that investing in target date funds is exponentially better than not investing at all, but we need to take a closer look and ask are they actually delivering what many investors claimed they would do? Bank of America’s study says it is worth taking a second look.

For the past few weeks, we have talked about conservative investment options, and we highlighted our single premium indexed UL contract that has interest crediting between 2.5 and 8.9% with penalty free access to the account value on year 1. A client liked the fact this option provided tax-deferred growth but stated he didn’t believe his health would qualify him. Keep in mind if you were intending to use this product to grow money without investment market exposure, to save for children’s education or just keep an emergency fund, couples can have the healthiest or youngest spouse/partner purchase the contract. Couples are a team!

Disclaimer: This newsletter represents the opinions of Crosby Advisory Group, LLC. The information in this newsletter should not be taken as individual investment advice.  Investing involves risk including the potential loss of principal. Understand all risks and fees before investing. Not all investments are suitable for all investors. Nate Crosby and Crosby Advisory Group, LLC have ownership interest in NMD Insurance and CAG Marketing.