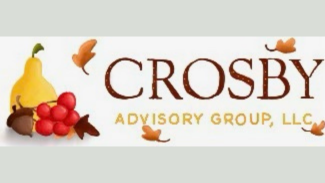 If you are interested in beta testing our new financial scorecard follow the link below, we will not share any of the data you choose to share with us. Results are available only on weekdays

Listen & Subscribe to our podcast Dynamic Growth where we discuss what we see in the market and broader topics around personal growth and personal finance.

We have a wild and crazy game that we play in our office where we examine the predictions made by big banks months after they were made.  It struck us this month that we have been a bit selfish in that we have not expanded this activity to our friends and clients, so we will try to do so going forward.  Keep in mind, it’s all in good fun, like razzing your coworker who boldly predicted the Super Bowl for his or her team back in August, only to find that team at the bottom of their division in November.

Let’s take a look at Bank of America/Merrill Lynch which in August predicted “Huge Fall in S&P 500 Immanent”. We actually got calls in our office on this one.  “Should we get defensive?”  “Should we be moving to cash?”  Well-built, long-term portfolios take into consideration that markets may fluctuate, sometimes dramatically.  We are better off letting portfolios do their job as opposed to trying to time the market.

Had you listened to Bank of America/ Merrill Lynch and sold out of your investments in August, you would have missed out on nice growth, especially during a time when inflation requires us to outpace the rising cost of goods to sustain or improve our lifestyle.  The S&P 500 has grown over 6.7% since Merrill’s bold prediction, which was anything but bold.  Predicting a significant decline in the stock market is like saying California will have an earthquake.  Markets, when measured in years, move higher.  From day to day or year to year they may be volatile.  Predicting an imminent decline doesn’t help investors. When is imminent? 1 month? 5 years? Trust the process, not the predictions of Banks.  Happy Friday, chalk up a new high for the market.

“He eats little, drinks little, sleeps little, thinks much, and is most decisive in his objectives.”  -Joseph Galloway on Samuel Adams.

A healthy experiment to do every morning is to take a few moments and ask how you want to be remembered.  What mark will you leave behind? Whose life will you push forward today? Right now, you and I have the pen in our hands, and we are writing our own story. We get to write the outcome, whose life we helped make better and all the adventures we get to have in between. Make it a story worth reading.

Retirement income used to be compared to a three-leg stool, with each leg representing a different source of income.  Historically you would have Social Security, Pension, and Personal Retirement Savings.  Our grandparents would rely on Social Security and Pensions to comprise the bulk of their monthly retirement needs and they would fill in the gap with personal retirement savings.  Today, most companies do not offer pensions.  However, you have the ability to create a personal pension with an immediate annuity.  An immediate annuity is a product sold by a life insurance company that allows you to take a lump sum of money and turn it into monthly income that can be spread over your life or for a fixed period.  The benefit is that you shift the longevity risk (outliving your money) from yourself and onto the insurance company.  The drawback is that over many years, inflation will erode the purchasing power of that stream of income.  Many retirees find comfort in having a guarantee for their basic living needs.  An immediate annuity is one way that can be accomplished.

In an environment where the S&P 500 is trading at a new all-time high, every week and bonds are yielding negative real rates due to inflation, it's been very difficult to find good bargains in the stock market. There are sectors that are trading at decent multiples but not in sectors that pose interesting opportunities to buy and hold for the next 10 years.

The Semiconductor space has piqued my interest following the decline in March of 2020. The sector is red-hot with high growth in both the price of the stock and internally with revenue and profit. We added Nvidia last year, Nvidia is at the intersection of so many high growth industries. Nvidia chips are used to power self-driving cars, data centers, graphics cards for high-powered gaming computers, cryptocurrency mining, and more just to name a few. Nvidia was in a spot where they made the best semiconductors in the world and there was massive pent-up demand that could not be serviced, you hear of the “chip-shortage” in the news. The shortages in other industries are actually caused by the shortages in semiconductors, take cars for example. New cars can not be built because there aren't enough chips, cars are basically computers now, Apple says they are slashing Ipad production because they are diverting more chips towards making the new iPhone

The amount of demand for these high-powered computing chips is incredibly strong and we see Nvidia and AMD trading at these elevated multiples because they are in high growth sectors. When we look at older semiconductor companies like Intel who make CPUs for laptop computers all the way up to supercomputers. Intel trades at a lower multiple because it's not exposed to the high growth sectors, and because of the size of the company and age, they aren't growing as fast

When we started looking at Qualcomm as an investment we looked at their historic earnings growth, where it traditionally trades relative to its earnings growth, stable/increasing dividend payout, and forecasted growth and long-term prospects. We saw a company that is posting record earnings numbers, that is trading at a historically cheap valuation, but at the same time being a major player in mobile chips. Qualcomm’s Snapdragon chip is used in the Google Pixel Series (Not the Pixel 6) and the Samsung Galaxy and Note series, which is the largest cell phone company by global market share. They also make the chips for Facebook’s Oculus virtual reality headset, which recently announced their ambitions with the “metaverse” and doubling down on virtual reality technology. Lastly, They announced they were raising the dividend and participating in a $10B stock buyback program.

We began adding Qualcomm to accounts last month when it was trading below $130 a share and we thought it deserved a higher multiple than what it was getting because it's forecasted to grow at a significant pace over the next 5 years with short term supply constraints, long term this seemed like a great buy.

They reported earnings on the 3rd and we were proven correct, they were very optimistic around short-term supply constraints because they had properly sourced their supply before major supply chain halts. They are forecasting the worst behind them and they will be able to service demand in the second half of 2022, which is optimistic relative to the other chipmakers. They increased smartphone chip sales by 56% and released strong guidance for the rest of the year. They increased earnings per share 76% from last year and increased total revenue by 43% from last year.

This is again why we preach a long-term, buy-and-hold strategy for investing. Buy the best companies at a value and hold them for the long term. Price and value don't always line up in the short-term but the longer your time horizon, we see that gap tend towards zero as the rest of the market catches up. Qualcomm shares are trading 23% higher this week as it pushes toward a new all-time high. Analysts have raised their price targets on the stock closer to $200 a share.

This newsletter is for educational purposes only and is not designed to be taken as direct investment advice without a personal consultation.  Do not buy securities mentioned in this newsletter without understanding risk and suitability.  Investing involves risk including the potential loss of principal.  Employees of Crosby Advisory may own stocks mentioned in this newsletter.  Crosby Advisory Group is a registered investment advisor in Ohio and Florida.  Insurance products are offered through NMD Insurance.