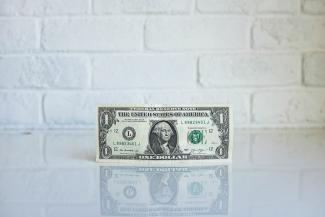 Today is July 15, and we have earnings of publicly traded companies heading our way! I know you feel the excitement too. Will the earnings be enough to keep this market going?  Does the market care about earnings or is it only paying attention to what the Federal Reserve does with interest rates?

Markets always care about earnings but recent news seems to be centered around interest rates and the trade war.  The S&P 500 rallied to new highs last week.  Federal Reserve Chairman Jerome Powell testified before Congress and gave the market reason to believe that he is being prudent and focusing on the data at hand. He commented that a slowing economy may be a reason for “accommodative” monetary policy. To investors, this means a possible rate cut.  Powell pointed out that downward pressure on inflation is stronger than he previously expected.  If you remember back in 2018, Powell stated that he was willing to overshoot interest rate increases in order to stamp out inflation.  Those comments of his lead to the mini-bear market we experienced in November and December of 2018.

Why is inflation so low?  Inflation has been historically low for the past decade.  Is inflation above 3% a thing of the past?  I had an intern in my office (who has ambitions to be the Federal Reserve Chairman someday. I like lofty goals!) who claimed that he thought the Federal Reserve was so good at manipulating interest rates to govern the economy that he believed inflation above 3% was a thing of the past.  I don’t’ share that opinion.  What we find with the economy and investing is things tend to move in cycles.  Some cycles are very long, some are short.  Personally, I believe that technology is a major reason why inflation has remained low.  Technology tends to get cheaper over time, not more expensive.  In today’s economy you could be an insurance agent, manufacturer, doctor or real estate agent.  Chances are technology plays a large part in your day to day business.  Efficiencies in technology can be passed onto the consumer. Back to markets.

People have asked me how we are positioning our portfolios based on what we believe the Federal Reserve will do with interest rates.  My answer: nothing.  I don’t think you want to invest long-term based solely on which direction interest rates may head in the short-term.  In my mind more focus should be placed on the quality of holdings and the direction of the U. S. and global economies.  I’ll let Jerome Powell worry about interest rates, my focus is on earnings season and leading indicators.  Crosby Advisory Group, LLC believes the U.S. economy is generally in good shape.  The major concern is the slowing pace of the global economy (U.S. included) and trade tensions.  For you junkies out there here are a few key pieces of data coming our way: